Nether Stowey was formerly a market town with an economy based on textiles and pottery.

In 1302, a licence was obtained to hold weekly markets. Every Tuesday, traders would gather at the market cross to sell their wares. Stowey also held a yearly fair on the eve and day of the Nativity of the Blessed Virgin.

A medieval high cross originally stood in the marketplace, but this was replaced around 1750 with an octagonal market cross.

In 1791 John Collinson, an English cleric, antiquarian and county historian, visited Nether Stowey and described it as ‘…a small market town, of three streets, built in the form of a Y, containing about one hundred and six houses…’. The Three streets being Castle Street, St Mary Street and Lime Street.

Collinson also described the market cross as a ‘…small but neat market-cross, of an octangular form. Standing on eight small round pillars, with a clock, dial-plate, and bell, which is usually rung to proclaim the commencement of divine service, the church standing a quarter of a mile from the town.’

When Collinson visited, the town still held its weekly market and yearly fair.

Due to poor upkeep, the market cross had to be demolished and was replaced in 1862 with the present clock tower.

The circle on the picture shows approximately where the market cross originally stood.

Turn around and look across the road; you will see that the building in the circle is now a post office and tea room.

The current clock tower houses the bell from the old market cross. Additional clock faces were installed on the tower to mark Queen Victoria’s Diamond Jubilee in 1897 and the Centenary of Parish Councils in 1997.

Adjoining the clock tower is the Old Gaol. This was once used as the village lock-up for drunks’ confinement. They were usually released the next day or to hold people to be brought before the local magistrate.

Leslie Brooke, who wrote Some West-Country Lock-ups, provides several anecdotes about the historical use of the lock-up.

‘The first story, dating from c.1870, is of a foreigner travelling with a bear, and unable to find accommodation in the village was shut up in the lock-up with the animal. He emerged unscathed the next morning, to the surprise of the villagers who had gathered to witness his emergence.

In 1929 a villager recounted that when a boy, he witnessed a woman supplying beer to her husband using a clay pipe fed through the keyhole. Her husband had been locked up the previous night for being drunk and disorderly.’

The Old Gaol Next to the Clock Tower Nether Stowey is now used to display information boards about the village. 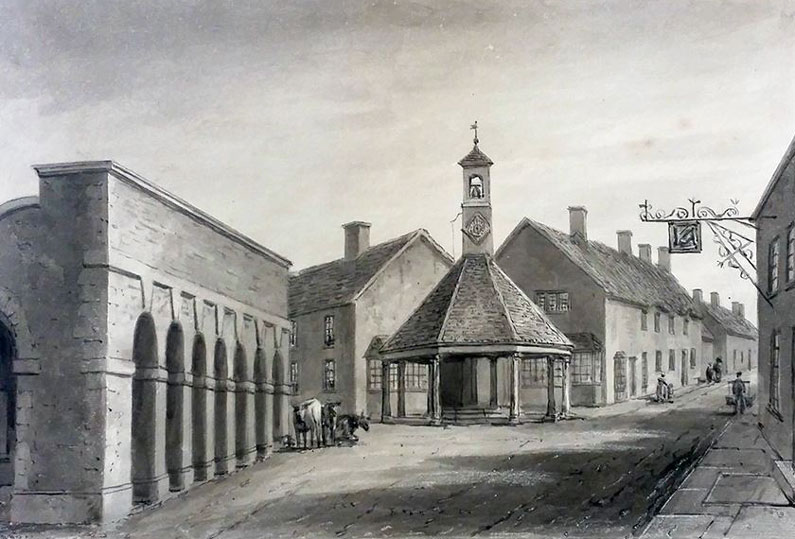 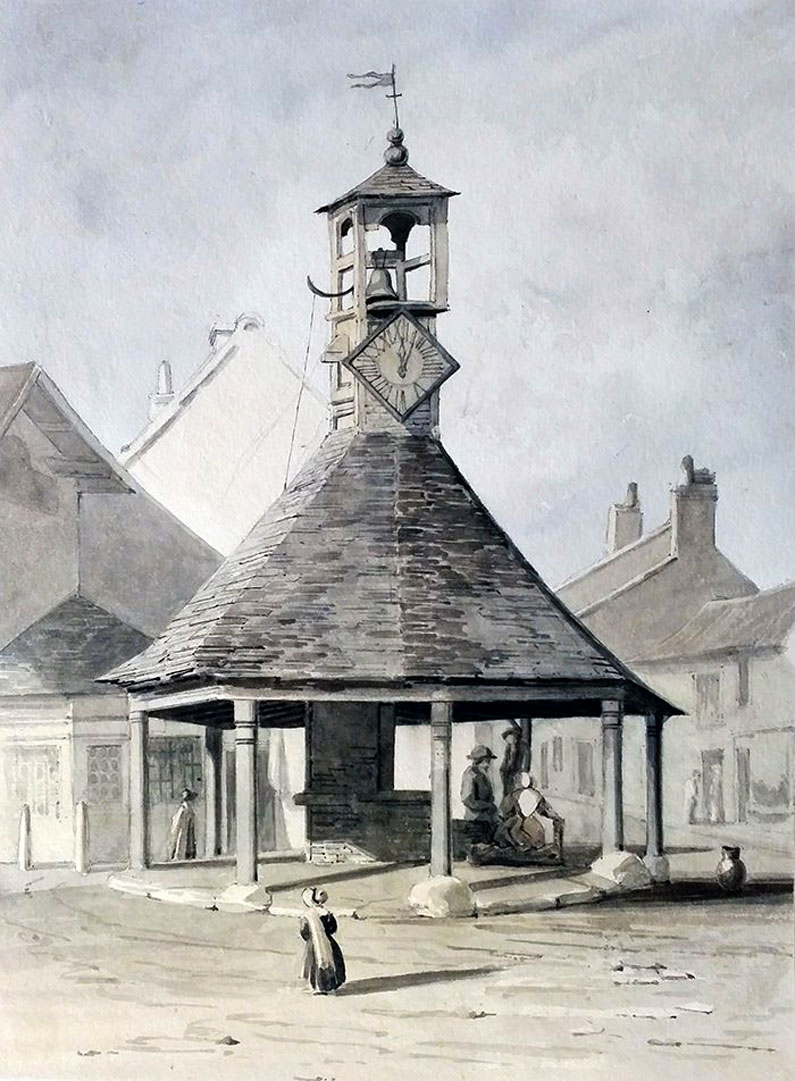 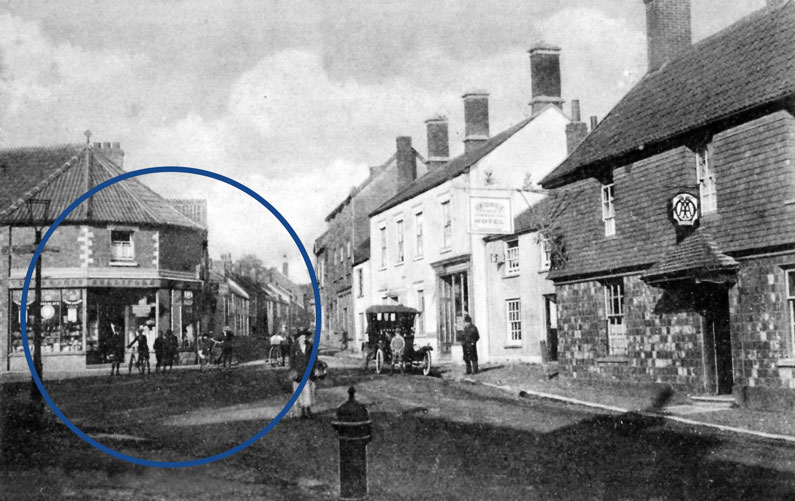 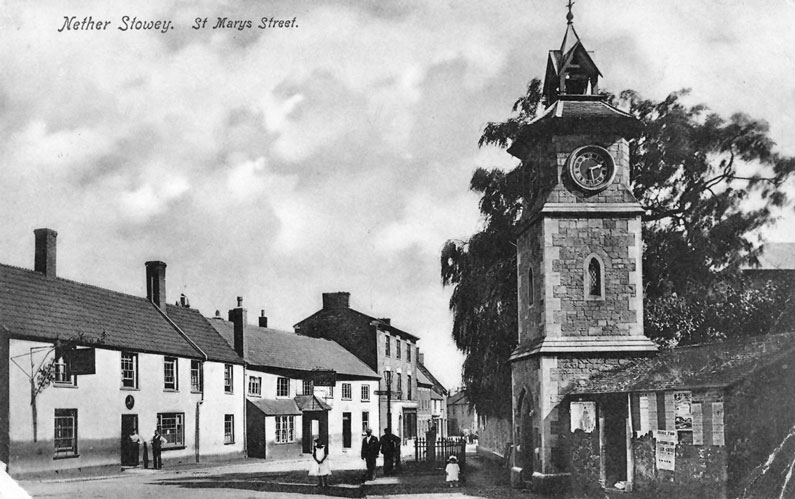 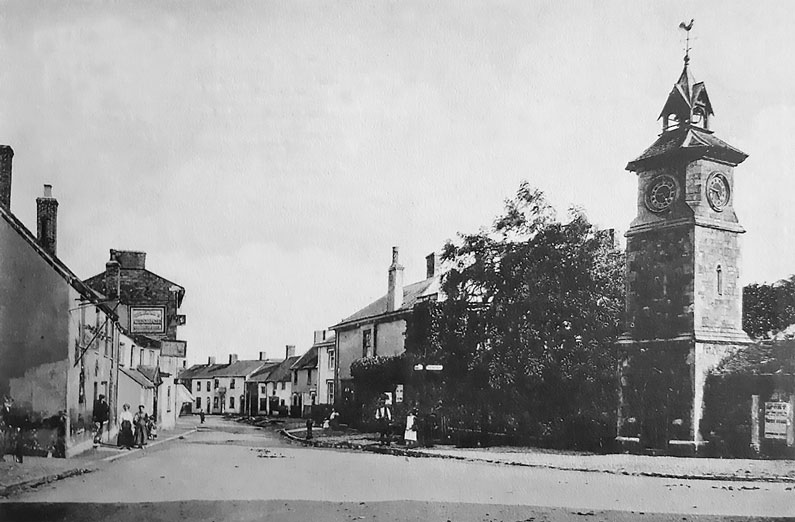