Who was
Thomas Poole? 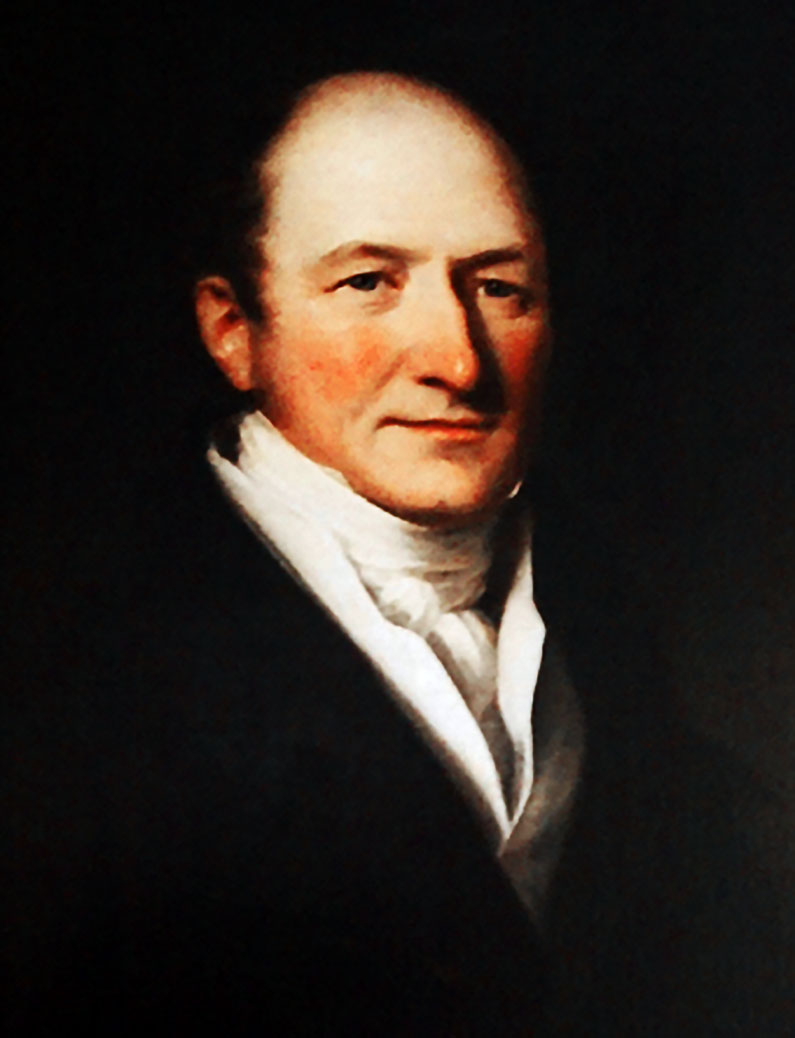 Tom Poole was born in Nether Stowey in 1766, the eldest son of a tanner. He was self-taught, his father refusing to allow him to go to university and with a voracious appetite for learning, amassing a library of books that impressed many eminent men of the day.

He was a committed radical and very often offended the more conventional inhabitants of Stowey.

He was the poet Coleridge’s most faithful friend. From the moment the two men first met in 1794, Poole saw the greatness in Coleridge and helped and supported him. Coleridge came to live in Nether Stowey to be near Poole, and it was here that Coleridge and Wordsworth wrote ‘Lyrical Ballads’, the foundation of the Romantic movement.

It is a measure of his quality that Poole enjoyed lifelong friendships with many other influential men of the time, including Humphry Davy, the Wedgwood brothers, the writers Charles Lamb, William Hazlitt and Robert Southey, and Andrew Crosse, the scientist from Broomfield.

Poole’s legacy to Stowey is wide-ranging. As a farmer, and as the owner of the family tannery that he developed and expanded, he employed many local people.

He did much to help the poor. He formed the Stowey Female Friendly Society, which gave financial support to women in times of sickness, childbirth, widowhood and old age.

Every June members of the society processed to St Mary’s church for a service, a custom that continues today as the Women’s Walk. He also founded the Quantock Savings Bank in Lime Street, which encouraged local people to save money and gave them access to banking services.

He even devised recipes for cheaper bread when the price of wheat rose, and the poor of Stowey were starving. 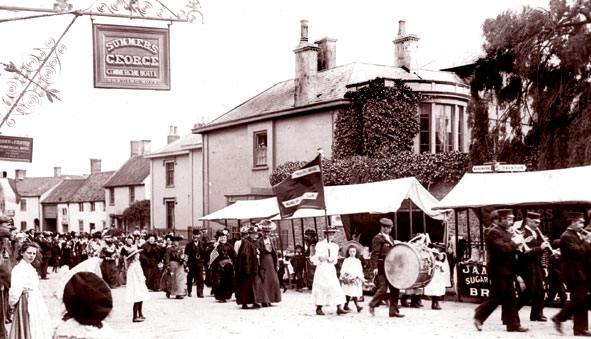 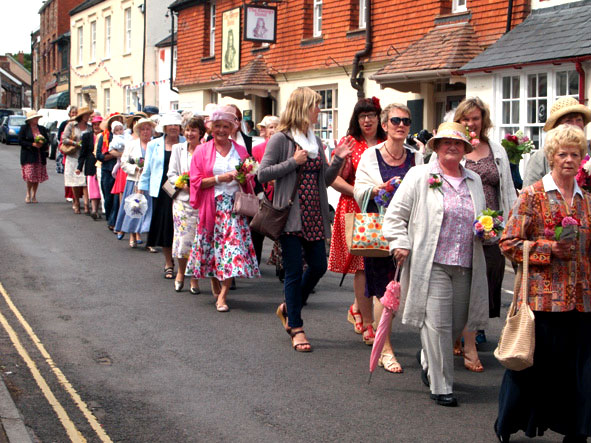 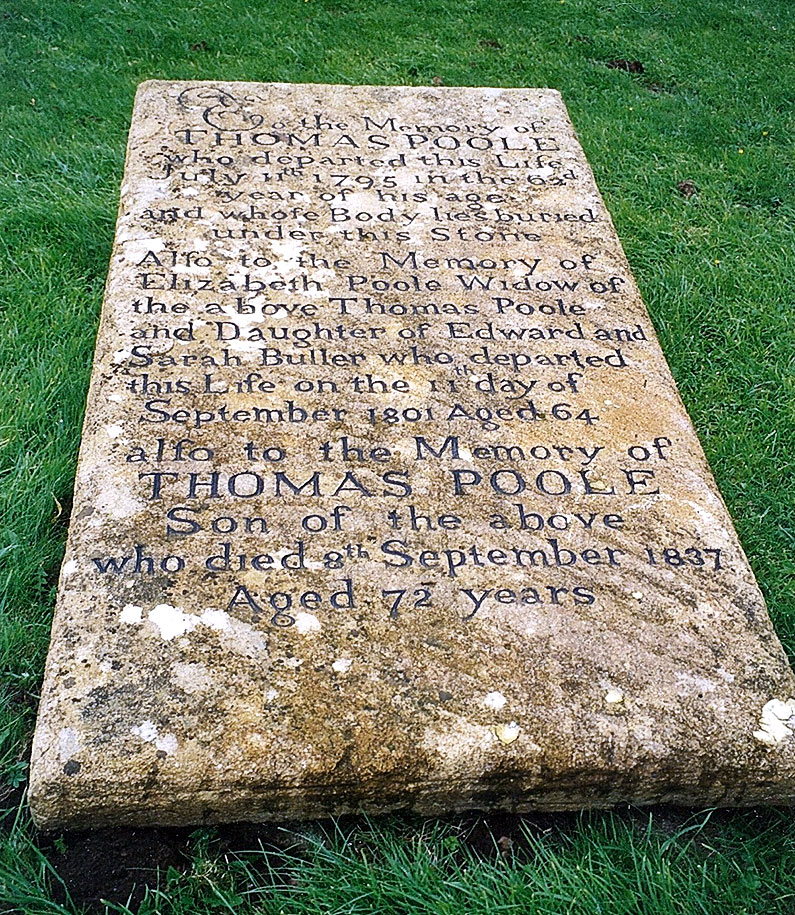 In London, Poole became acquainted with Coleridge’s friend the civil servant John Rickman, and at his suggestion carried out statistical work intended to help implement the Poor Laws. In 1804 he was employed by Rickman, offering his time free, making an abstract of the thousands of returns ordered by the House of Commons from parish overseers.

From the library’s point of view, the best thing that Tom Poole ever did was to provide its building! In 1812-13 he funded and built the village school on land in the tanyard donated by him. This was only the second free school in the country and could offer education for up to 200 children. This large, light, airy building houses our library today, and the library is named after Tom Poole in grateful tribute to him.

Tom Poole died of pleurisy in 1837, at the age of seventy-two. At his funeral, his relative Mr Sandford said: ‘The charm of his character, the true secret of his influence, lay in his sympathy with his fellow men … There is not a rich man among you who did not prize and use his friendship. There is not a poor man within miles of his residence, who in his difficulties, his sorrows, or his wrongs, could not look to him for advice, condolence, or redress.’

His memory lives on in the village. Ask Stowey residents to name the most important person in the history of the village, and they will say: ‘Thomas Poole’.

Thomas Poole was a friend of Coleridge and Wordsworth and managed to persuade Samuel Taylor Coleridge to the village.

By finding a home for the poet Coleridge and through his interests and knowledge of a wide range of subjects, Poole’s home in Castle Street would have welcomed Wordsworth, Southey, de Quincey, the Wedgwood’s, Charles Lamb, Humphrey Davy and many others active in politics and social reform, including the abolition of the slave trade. Many, if not all of these, would have visited the new school building.

The Acquaintances of Tom Poole 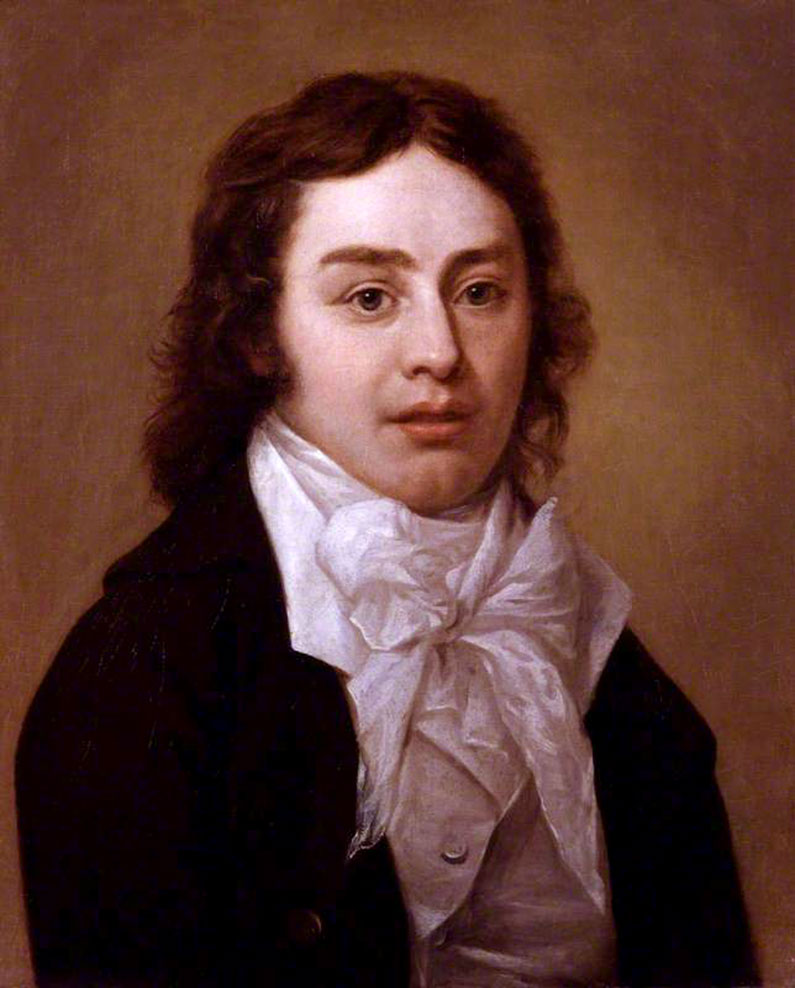 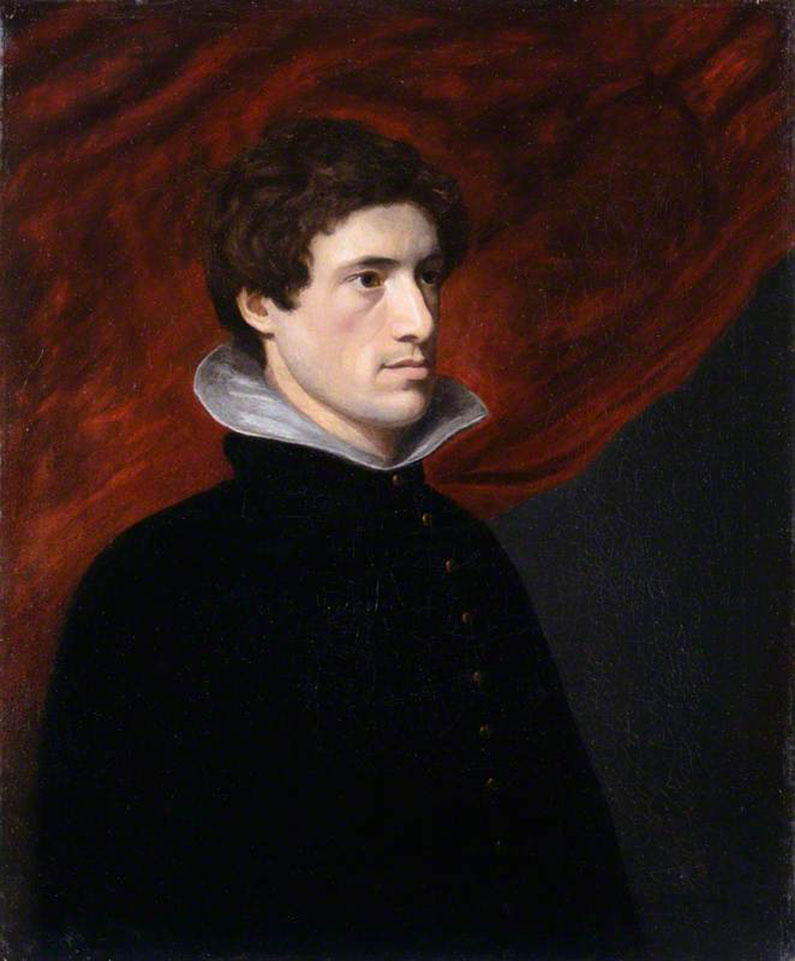 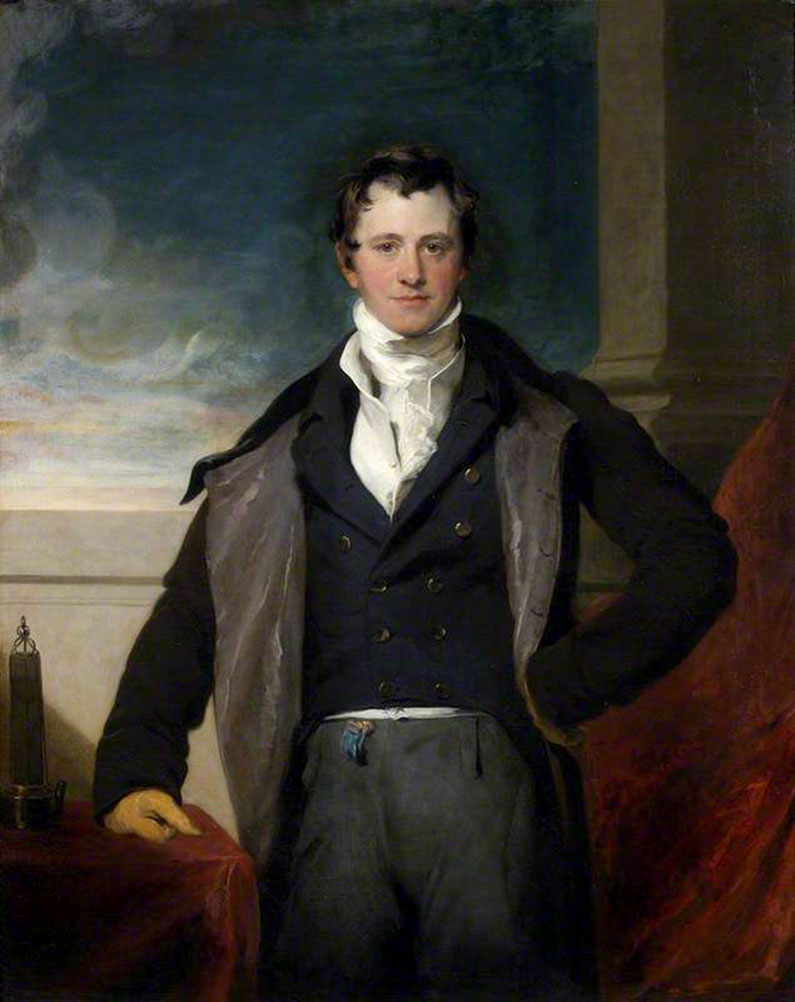 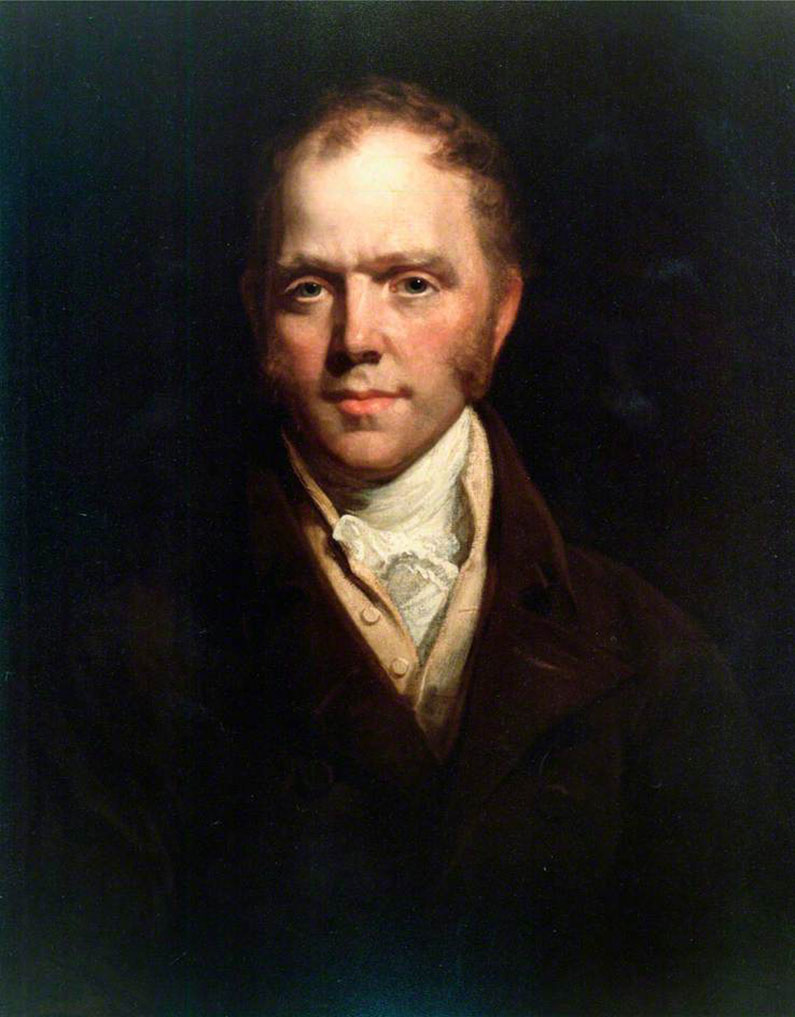 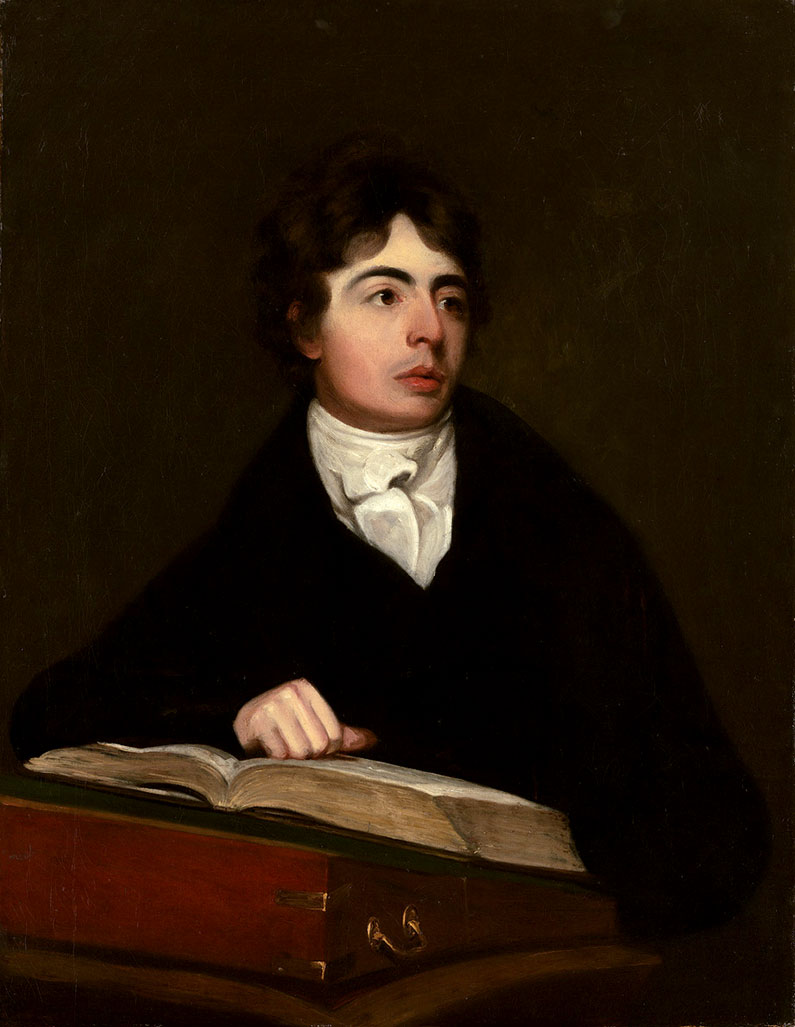 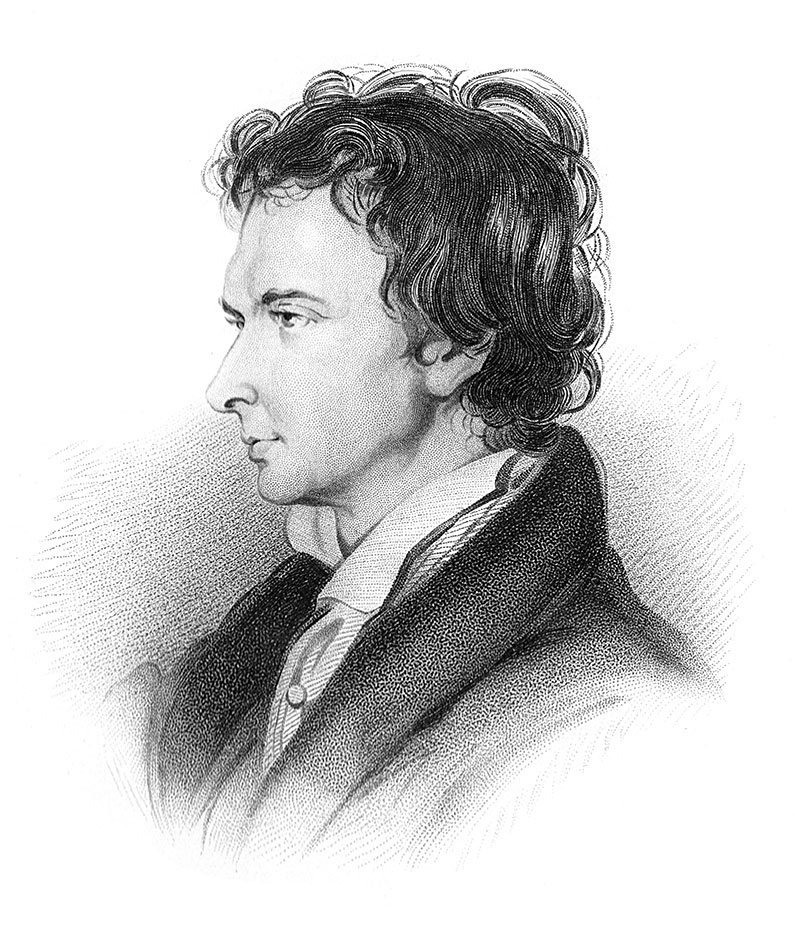 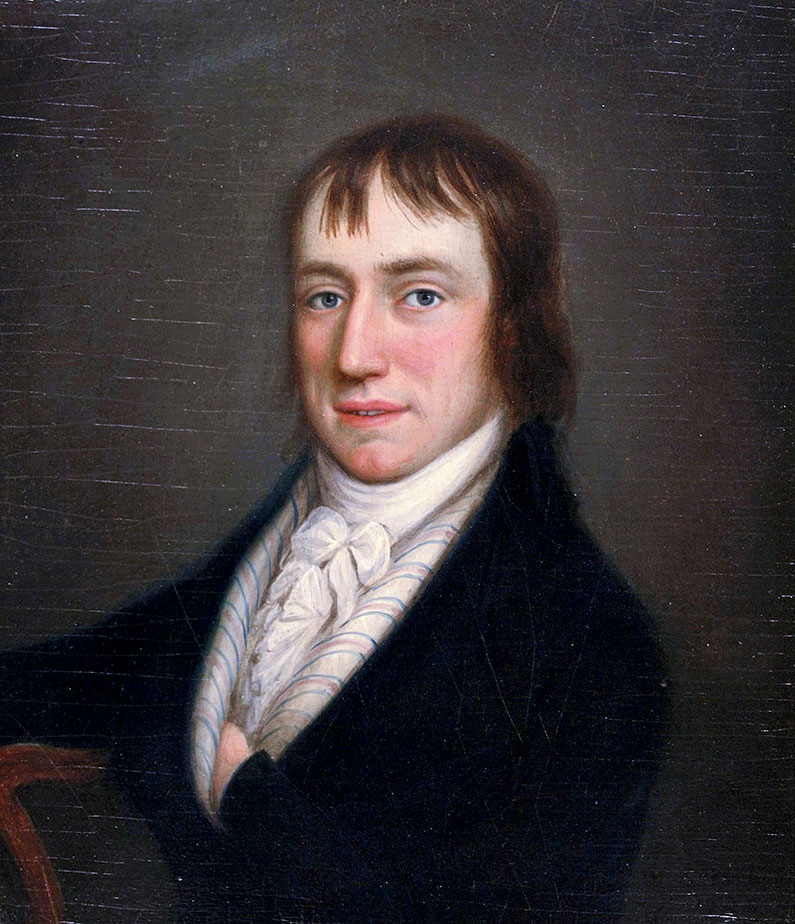 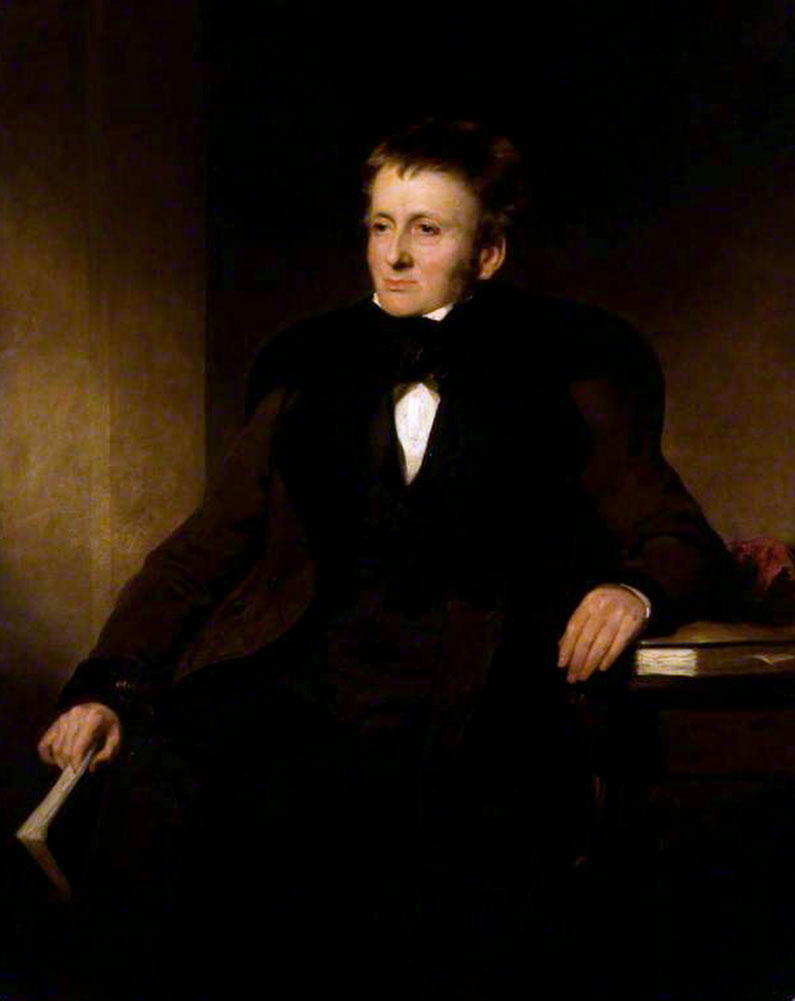 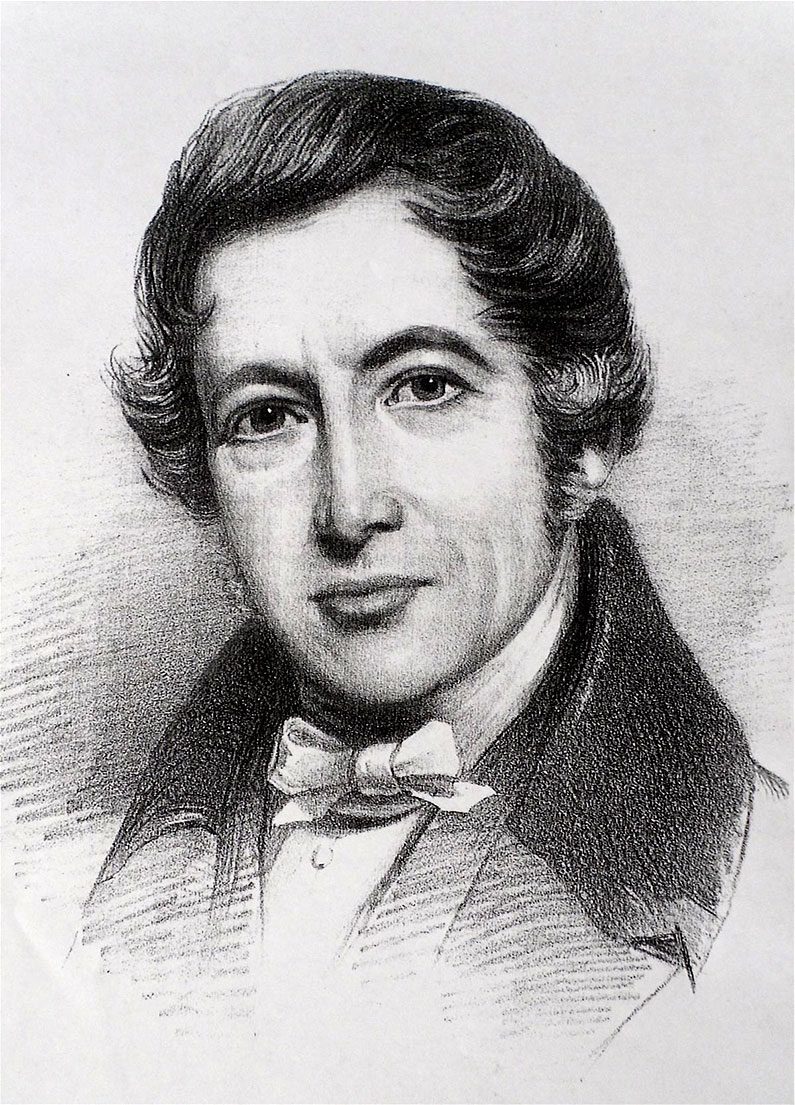 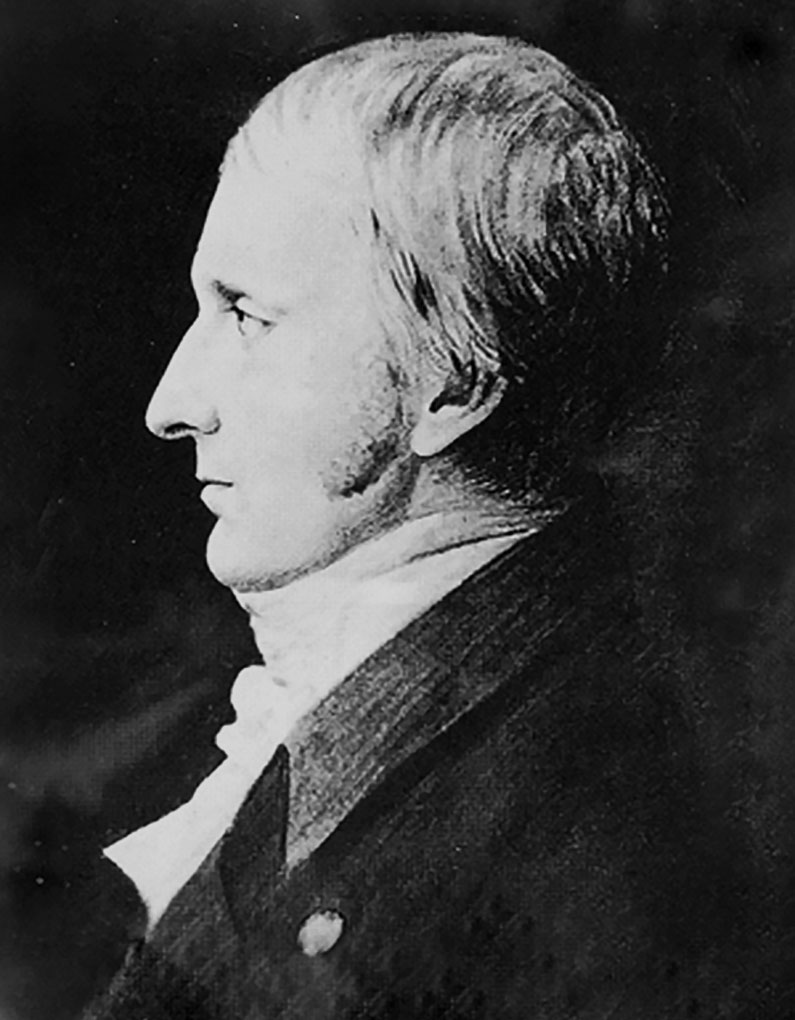 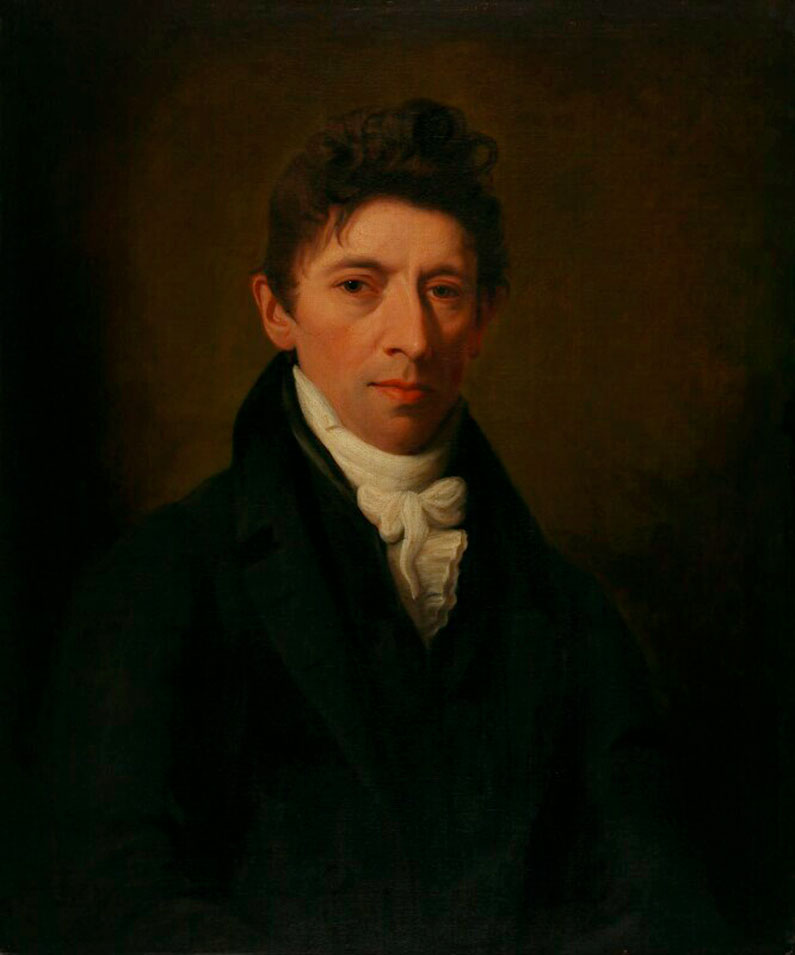 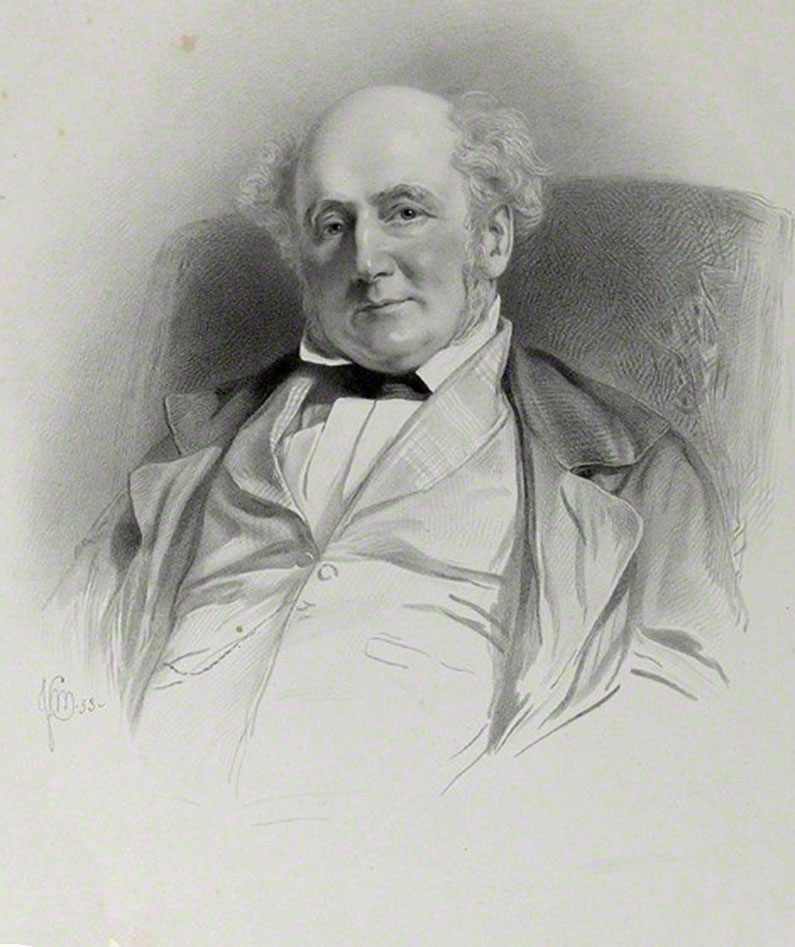 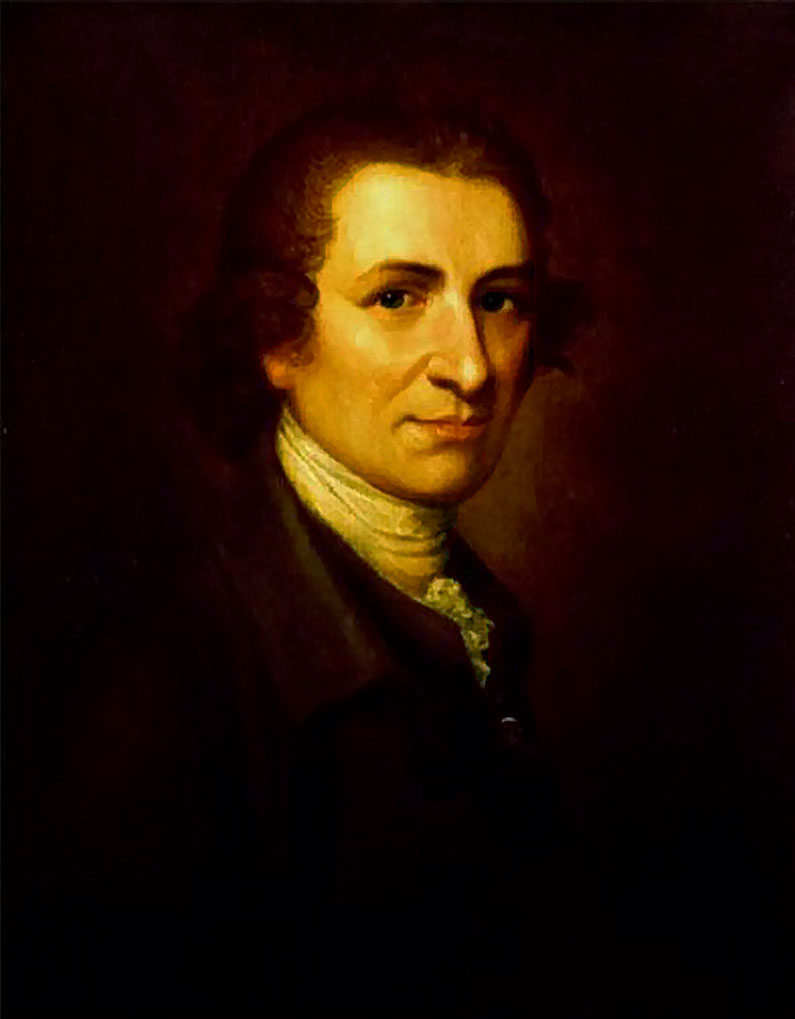 Thomas Poole Booklet
from the Friends of Coleridge
by Terence Sackett

Tom Poole article in the Watchman 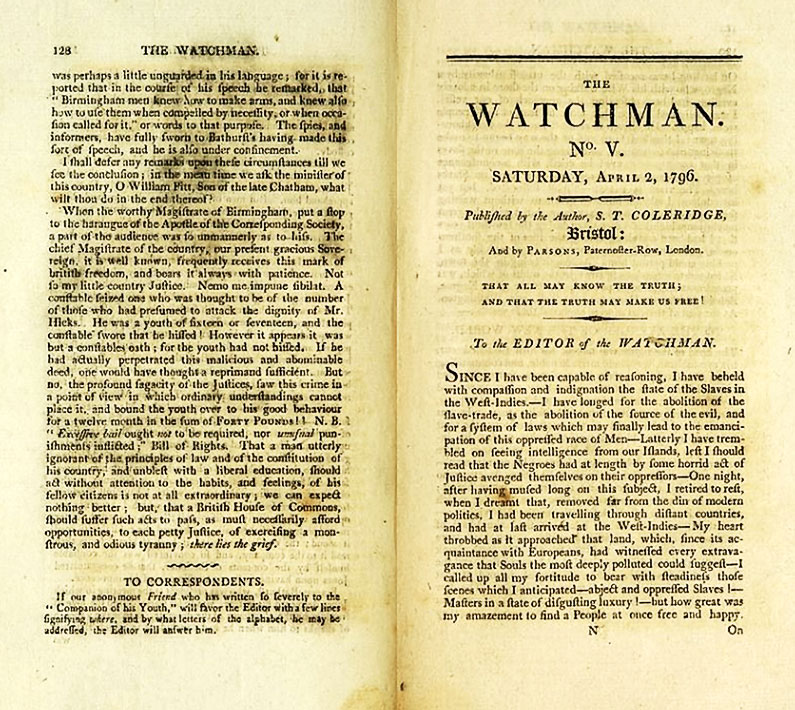 Tom Poole’s concern for the poor was part of his wider commitment to radical politics and human rights.

The local lawyer, Symes, saw Tom Poole carrying Tom Paine’s revolutionary book The Rights of Man (which among other things helped foment the American Revolution and independence from Britain). Symes was so angry that he snatched the book from Poole and tore it apart. Later, in 1802 Poole met Tom Paine in Paris, describing him as ‘an original, amusing fellow’. In 1803 Poole tried to stop Paine being burnt in effigy in the village.

Like Tom Paine, Poole supported the French Revolution, seeing it as a clarion call for liberty and freedom for all men. He was also a passionate campaigner against slavery. Indeed, he wrote a deeply-felt anti-slavery article for Coleridge’s radical newspaper The Watchman. In it, he tells of a dream future in which he travels to the West Indies and sees a statue to a liberator of the slaves, ‘that heroic avenger who has given liberty to our hemisphere’. The liberator ‘came like a storm which broods over a guilty city ere it blasts it by its thunders. He was the exterminating angel whom the God of justice armed with his sword. He has demonstrated, that sooner or later cruelty shall be punished; and that Providence has instruments in reserve, whom it lets loose on the earth to re-establish that equality which iniquity and ambition may destroy’.

Poole ends his article in the hope that ‘every good man’ will campaign for the abolition of the slave trade.

Besides opening the Free School Thomas continued his philanthropic work for the community and in 1871 opening the Quantock Savings Bank and Women’s Friendly Societies. He was also a farmer, promoting the latest developments in crop production.

Conscious of the plight of the poor at a time of steeply rising prices – there were riots in the locality in 1812 over the cost of flour – he even trialled different recipes to provide cheap bread for the poor.

He was instrumental in statistical work to implement the Poor Laws.

Thomas took over his father’s Tanning and farming businesses and whilst he did not like the Tanning business he became a master of the trade.

In 1802 after travelling widely he handed over the management of the tanning business to his assistant.

Alongside being a local magistrate he also setup as a maltster buying from local growers, he also opened a quarry on Castle Hill to provide stone for the local buildings.

Amongst his other ventures was the Dodington Copper mine although he ran this for a number of years it unfortunately was never very profitable.

He did however amass a considerable fortune from his various activities and It was the wealth from these that enabled him to undertake his philanthropic endeavours.

Tom Poole would have been proud of his legacy.

We use cookies to ensure that we give you the best experience on our website. If you continue to use this site we will assume that you are happy with it.OkNoPrivacy policy