Although Poole was denied a formal education by his father, who decreed he was to take over the tannery business, he was a voracious reader, keen to broaden his knowledge. He established an extensive library in his book room. On the recommendation of Henry Poole of Combwich (Thomas Poole’s cousin), Coleridge and Robert Southey visited Thomas Poole in Nether Stowey. Poole invited them in for tea and took Coleridge to visit the tannery. Coleridge was enthralled by all aspects of science and technology. Poole was keen to further their friendship, with both men having mutual radical interests in philosophy and politics, supporting workers’ rights, the anti-slavery movement and the principles behind the French Revolution.

Coleridge lived in Bristol and was desperate to move out of the City, having attracted much hostility due to his anti-slavery talks and writings. He wrote to Poole asking for any available accommodation in Nether Stowey. Poole replied that there was only the semi-derelict Gilbards cottage. Poole was very reluctant that Coleridge moves there, but Coleridge insisted. Coleridge wanted a pastoral life. He loved the cottage, but his wife Sara did not. It was little more than a hovel. However, it backed on to Poole’s house, and Coleridge was able to go back and forth and make use of Poole’s library. Coleridge joined a reading group set up by Poole. They read many erudite publications, including Mary Woolstonecroft’s “The rights of woman”. Poole was a constant friend and supported Coleridge and his family both financially and emotionally. His mother befriended Sara and son Hartley and introduced Sara to the Cruikshanks of Castle Hill House.

Coleridge had met William Wordsworth in 1795 while in Bristol and persuaded him to move to be near him in the Quantocks. William Cowper said that Poole was instrumental in bringing the two great poets of Coleridge and Wordsworth together.

It can be said that were it not for the relationship between Coleridge and Poole, the Romantic Movement of poetry might never have happened. The “Lyrical Ballads” sprang from Quantock life, and it is likely that Poole contributed local stories to inspire the poems.

Through Coleridge’s friendship with Thomas Poole and Poole’s generosity, relationships flourished between Coleridge and many of the great thinkers of the time. By 1797 he was surrounded by many friends – Thomas Poole, John Thelwall, Humphry Davy, the Wedgwoods, Charles Lamb, William and Dorothy Wordsworth. Poole facilitated these contacts. Poole was devastated when Coleridge left the village and moved to the Lake District. He left the tannery to be managed in his absence and undertook a Grand Tour of Europe. He met Thomas Paine in Paris and also Napoleon. In 1802 Coleridge attended Royal Institution lectures, and Poole accompanied him to a Humphry Davy lecture. He met John Rickman, who was Secretary to Parliamentary Commissions. Poole agreed to work on collating the Poor Law returns.

Contrary to common misconceptions, Samuel Taylor Coleridge was not purely a poet. He also wrote many essays and discourses on metaphysics and science. He was a philosopher, revolutionary in his ideas, who was fortunate to have the support throughout his life of his loyal friends Thomas Poole and Robert Southey. 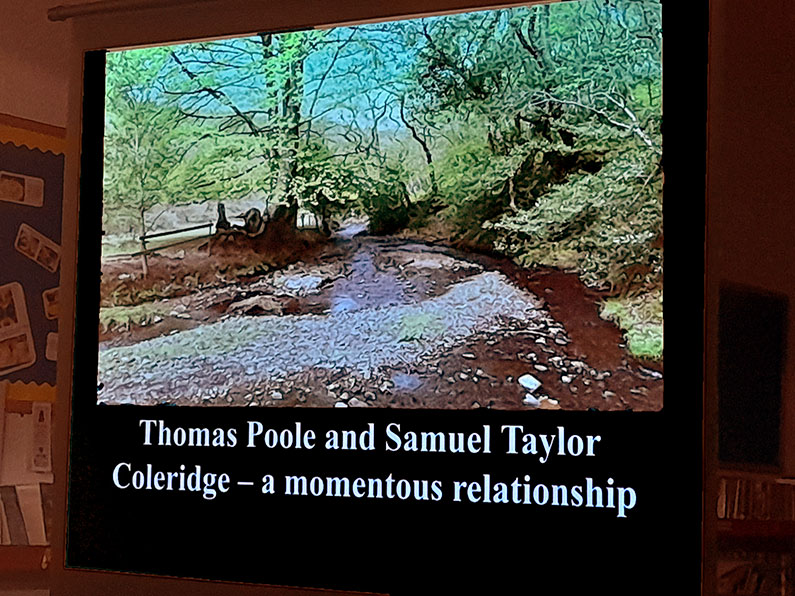