Adapting the Classics for Radio

Steve Chambers, award-winning dramatist, scriptwriter and novelist, enthralled us with his insight into adapting classical books for the radio.

Steve outlined several titles he had adapted and for each, he read to us an illustrative section of the story followed by a recording of the radio episode in question. This displayed in detail just how the story was brought to life by the dialogue and sounds to set the scene and location.

The problem with the radio is the obvious one of being unable to see what is happening so all exposition has to be done by the characters. On television the set-up is done by scenes – on the radio, the characters have to illustrate the setting.

Steve tried various ideas for the theatre but his first adaptation commission was “Women in Love” for the Stage which he found to be a fantastic experience. Steve said he has a lot in common with D.H. Lawrence both through personal background and being born in Nottingham and how great it is to be able to inhabit the mind and voice of another writer for a while. Steve consulted a senior lecturer at Nottingham about the novel and he also found the York Study Notes (remember those?!) very helpful. Steve is mindful that a drama is a simplification and, whenever he adapts and reconstructs a story, inevitably someone is upset because a favourite part of the story is cut out. As part of the techniques, Steve has to strip away the story to a central conflict. In effect, it has to be taken apart and repackaged. Steve says his technique is to study each book in detail first, reading each one at least twice, researching and visiting locations.

The first book Steve adapted for Radio was “Waterland” by Graham Swift at the request of the BBC.

Steve recommends this book about the Norfolk Fenlands very highly. The book is very complex structurally with flashbacks between the past and present and is written in the past tense. Steve, however, decided to set the radio play in the present tense. Steve was advised to adapt it to a linear timeline but he decided to keep the structure of flashbacks between past and present. In the radio play, the narrator sets the scene in the past through his memories of his father setting eel traps as well as dialogue from the characters; the present day is narrated by the history teacher in the schoolroom with dialogue from the pupils. Steve always ensures his favourite bits are in. When adapting a book, you have to decide who the narrator will be and how the narrative will be done. Always the final explanation is by the narrator. For these radio episodes, Steve decided for himself the episodes and their titles. Sometimes the episode titles are decided by the book itself as in the following book Steve adapted for radio: The Grapes of Wrath

In this classic story, it is Steinbeck himself who tells the story and fiction is interspersed with a factual documentary. Steinbeck saw it as a parable for the flight of the Jewish people from Egypt. The book was developed into 3 x 1-hour episodes and the titles were suggested by the book itself eg Episode 1, Exodus. Dialogue in novels differs from radio – the radio gives ideas and the settings; the book gives the explanation. The adaptor has to decide what to use.

As a contrast, Steve was asked to adapt Robinson Crusoe which was first published in 1719. This was financially the most lucrative adaptation for Steve as it was merchandised worldwide and still sell today. This book was difficult as it has no chapters – once again Steve used York Notes! Another problem was that Crusoe was alone on the island for 27 years before Man Friday came onto the scene. Steve resorted to the tactic of using the characters of a young Crusoe and another older Crusoe. The novel is written in a linear timeline so Steve broke the book up into sections and repackaged it starting with a flashback of the shipwreck narrated by “old Crusoe”. This surmounted the problem of Crusoe being on his own for so many years! The story was broadcast in 2 x 1-hour episodes. A major problem with this book was the 18th-century language which necessitated a lot of editing – possibly the most that Steve has needed to do on any book. The radio adaptation started with a narration of an introduction as in the book, closely followed with a discussion between Crusoe and a South American regarding the illicit purchase of slaves by Crusoe. Sounds of the sea follows with the sound of the ship embarking on its voyage and the dramatic subsequent storm and shipwreck.

Steve works closely with the radio producers as to sound effects but the music is always decided by the producers.

Finally, Steve spoke about the most difficult project he has undertaken: “To make people smile again” by George Wheeler, which is a memoir about the Spanish Civil War. This was broadcast as a drama-documentary on the World Service as part of its “Heroes Season”. Steve was privileged on this occasion to go on a paid visit to Barcelona to visit the battlefield of Ebro. Various people were interviewed about their wartime experiences and a select few were included in the radio adaptation. The book was written by an old man in a historical timeline and a very factual manner and was quite a difficult project. In the radio adaptation, the presenter sets the historical scene and the characterisation and dialogue between George Wheeler, his fellow soldiers and the enemy soldiers bring it alive to great effect.

A lively Q & A session followed. Roger Stacey rounded off the evening by thanking Steve for his fascinating informative talk. 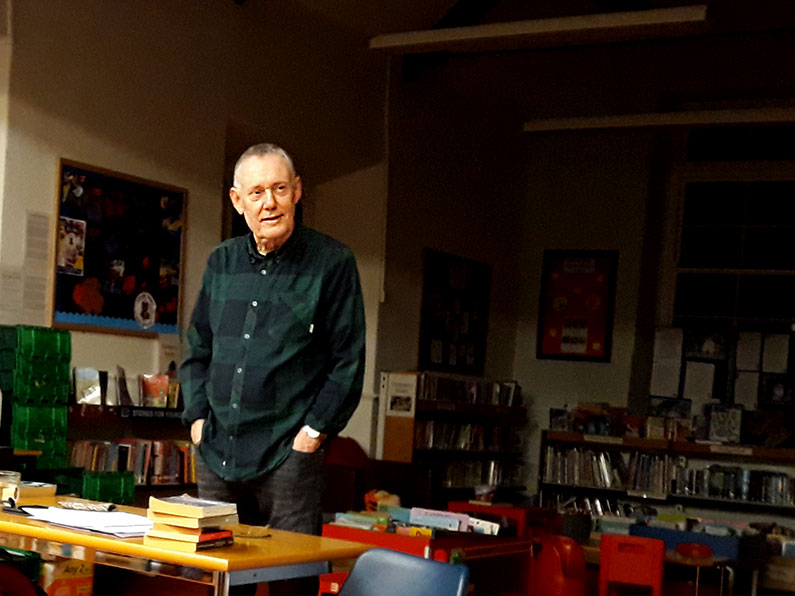 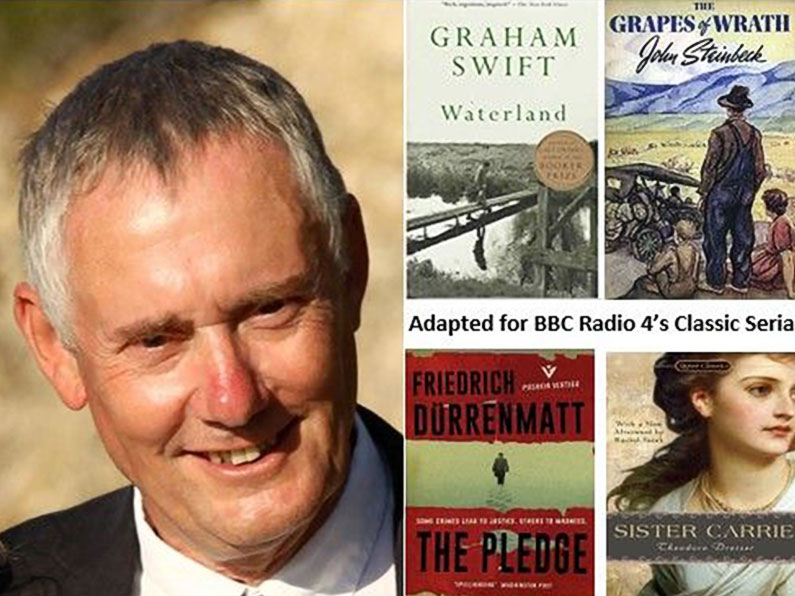